Michael was hit by a car door and thrown off his bike after a car passenger failed to check their blind spot before opening their door.

Cyclist Hit by a Car Door

Michael, a keen cyclist, was one day riding his bike along a cycle lane on a main road. He knew the dangers of cycling and always had protective gear and a helmet on. His speed did not appear high either and was riding between 10-15mph.

However, despite following every safety precaution he could, Michael could not prevent what happened next. As he was cycling down the road, a passenger of a car, without warning, opened their door.

Michael collided into the opened door, throwing him into the air and off his bike. His landing proved very unfortunate, as he fell on to a curb, hurting his left side.

Michael was in pain, so the emergency services were called to attend the scene of the accident. Paramedics decided that it would be best to take him to the nearest A&E, where doctors could examine the extent of his injuries. Fortunately, following an X-ray, Michael appeared to have no fractures or broken bones.

He, however, still developed pain over the next few weeks, mainly in his left hip, left buttock, lower back, left shoulder and left knee. He needed crutches to get around for the first couple of weeks and his pain continued for a further eight months.

The accident had quite a big impact on Michael’s life. The pain from his injuries initially made it difficult for him to sleep. He also found it difficult to perform a lot of his usual physical chores. Although, he was most disappointed about missing out on cycling and playing football. However, even without the injuries, Michael still felt very wary and cautious about getting back onto a bike after the accident.

Feeling disappointed and frustrated, Michael turned to Pryers to see if he could claim compensation. Our personal injury specialists, have helped many other cyclists secure compensation for claims like Michael’s. We therefore worked with medical experts who evidenced Michael’s injury and witnesses to the accident proving that Michael could not have avoided the car door. We concluded that the passenger of the car had caused him months of pain and made it difficult for him to psychologically get back onto a bike.

Now that Michael’s injuries have healed, he has started cycling again but still remains very wary about it.

Michael’s accident could have been avoided quite easily if the passenger had known about the “Dutch Reach”. This is a method of opening a vehicle door that people in Holland have adopted, hence the name. Simply by opening the door with the opposite hand, your body is forced to turn more towards the door. This therefore gives you a better view of oncoming traffic behind you. 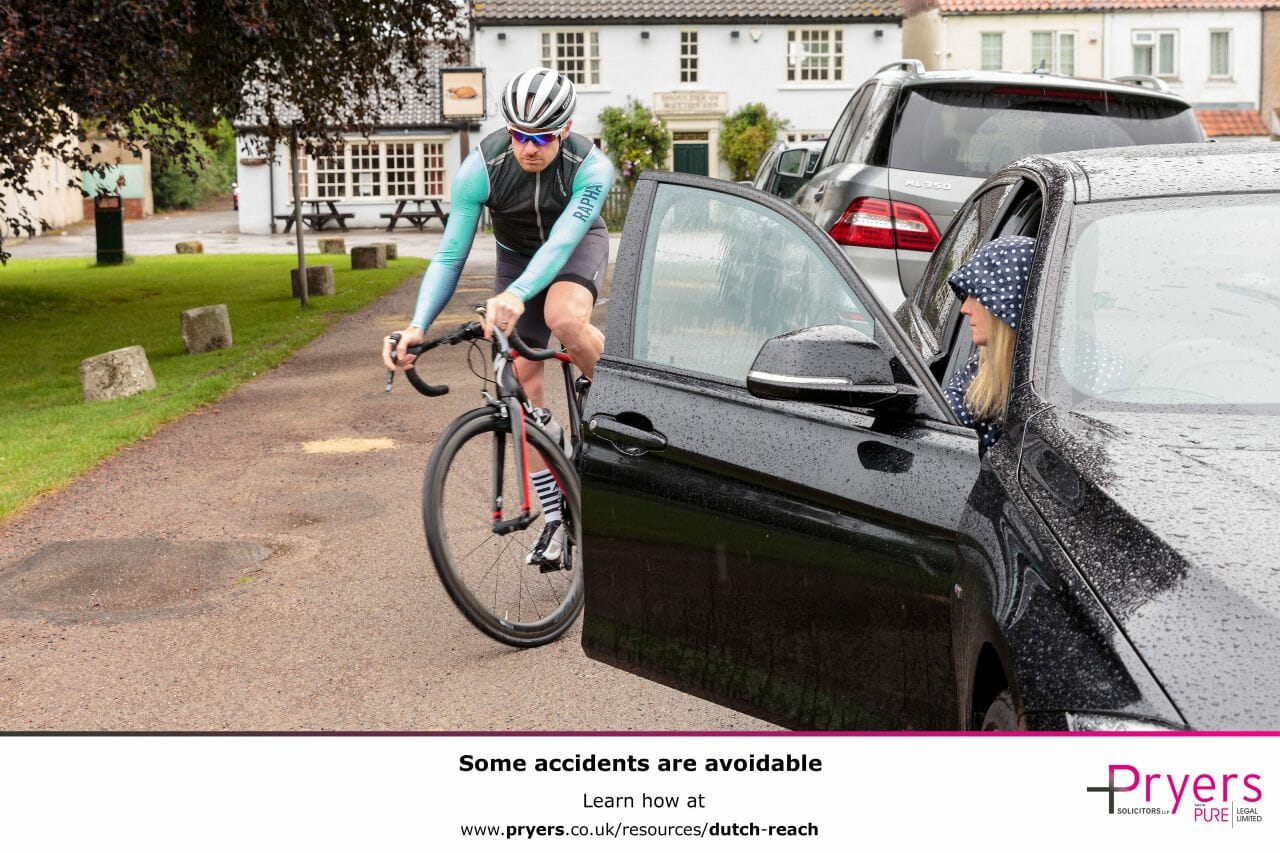 If you have been injured in a road traffic accident, contact us today to find out if we can help you claim compensation on a no win no fee basis.

The police have re-arrested a lady in relation to a number of baby deaths at the Countess of Chester Hospital. They have not named […]

It doesn’t matter if it’s a doctor, a nurse or a dentist; all health professionals must inform their patients about proposed treatment, so they can properly consent to it.

We helped this client get £70,000 when they were not properly informed.

If you were knocked off your bike in a hit and run, would you know what to do?

If your answer is "no", no need to Google it, we've got the answer: