Our client Chloe had a history of obesity, gastric bypass surgery, hypertension (high blood pressure), and type II diabetes. She was prescribed medication to treat chronic high blood pressure, a medication that inhibits angiotensin-converting-enzyme (ACE) in the body which causes relaxation of blood vessels as well as a decrease in blood volume, leading to lower blood pressure and decreased oxygen demand from the heart.

Both high blood pressure and diabetes can contribute to the risk of kidney damage, and as such patients with diabetes being prescribed ACE inhibitors should undergo, at minimum, annual blood tests to analyse kidney function.

Despite this, Chloe’s GP did not perform any kidney function tests for a period of two years.

Chloe became very unwell. She was admitted to hospital with slurred speech and smelling of urine. She was diagnosed with an acute kidney injury and was treated with fluids. Over the next year, she attended her GP on several occasions and yet only one kidney function test was performed. Although the result was abnormal, no referral was made by the GP to a nephrologist (a doctor who specialises in kidney care and treatment).

During another visit to her GP, the doctor noted her medication had been stopped and negligently made the decision to start her back on the drug. Shortly later, Chloe was again admitted to hospital. Sadly, this time her kidney function had deteriorated considerably, and she was diagnosed with Stage 4 Kidney disease. She is presently undergoing dialysis treatment and is on the transplant list and hoping to receive a kidney from her daughter.

Pryers were aware that the time limit for Chloe to make her claim was fast approaching (known as Limitation), so had to act quickly. Initially, the Defendant claimed that Chloe has failed to comply with her doctor’s advice and attributed the entirety of her kidney deterioration to oxalate neuropathy (a consequence of gastric bypass surgery). The defendant was incredibly reluctant to provide evidence to support their theory and appeared to be delaying Chloe’s claim, requesting numerous extensions. Despite these delays Pryers was able to negotiate a settlement which recovered all of Chloe’s losses except the private dialysis treatment she had arranged as the NHS could have provided that for her. Chloe therefore agreed a settlement of £50,000. 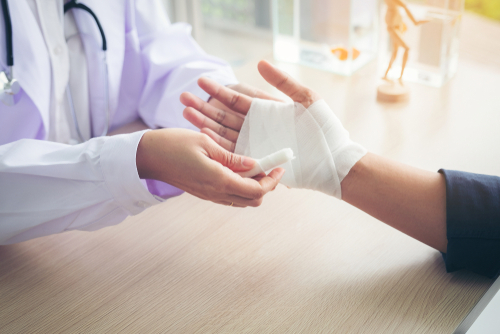 Slip on ice in a car park