Pamela Green needed her right hip amputating at the age of 66 due to the spread of a skin graft infection from her thigh.

She came to Pryers to claim compensation that would allow her to live more comfortably.

45 years earlier, Pamela had a sarcoma (a malignant tumour) excised from her upper right thigh.

She went through six weeks of post-operative radiotherapy. The treatment was successful and, much to her relief, Pamela never had a recurrence of the sarcoma.

However, Pamela was left with permanent scarring – cellophane like in appearance – at the site of the excision, as well as persistent swelling. Unfortunately, this meant that the radiotherapy had drastically altered the appearance of Pamela’s skin and her thigh bone.

More recently, Pamela developed swelling in her lower right leg. Concerned, she attended her GP for a check-up. The GP suspected deep vein thrombosis had caused this, so prescribed Pamela some anticoagulants.

However, while taking the anticoagulants, Pamela banged her leg and then developed a haematoma on her right calf.

Quite soon after, Pamela attended hospital for an incision of her haematoma. Frustratingly, the haematoma recollected post-surgery and Pamela then received a referral to the plastic surgery department.

It became obvious to the doctors that Pamela required a skin graft, which involves harvesting healthy skin from one area of the body and using it where needed – Pamela’s calf.

Pamela attended hospital for the skin graft surgery. The doctor explained the procedure: the skin would be harvested from her right thigh. They had made records that acknowledged Pamela’s previous sarcoma in that area. However, Pamela felt concerned that they wished to harvest the skin from this visibly damaged area.

She told the doctors her concerns and asked that they take skin from her other leg but felt frustrated that they didn’t listen to her request. However, the surgery went ahead as planned and she was then discharged.

Following surgery, she regularly attended the dressing clinic. Two months post-surgery, Pamela was feeling unwell prior to her appointment at the clinic. Upon her review the clinician noted that a small hole had appeared on Pamela’s upper right thigh, where the skin had been harvested from. Due to various physical signs of skin graft infection, Pamela received a prescription for antibiotics.

Pamela continued to deteriorate and feel even more ill. Shortly after her visit to the clinic, she was re-admitted to the hospital due to the spread of the infection.

Upon her readmission to hospital, the doctors treated Pamela with various antibiotics and arranged for her to have an MRI scan. They suspected her previous sarcoma had recurred, and she required further surgery.

Pamela had the surgery, as well as histology of the site of infection. However, histological analysis revealed that the sarcoma hadn’t returned, and so the doctors began to treat the infected abnormality as an ulcer. The histological analysis also showed radiographic changes to her femur.

Following this, Pamela was referred to a bone and tissue specialist and another MRI was performed. The specialist deemed that if the ulcer persisted to grow, it could cause a deep spread of infection to the surface of her femur.

The specialist offered two options: surgery to have a repeat skin graft, or to manage the wound conservatively. Feeling anxious and upset due to how the previous skin graft had failed, Pamela opted for the wound management.

Months later, Pamela’s pain had worsened and her mobility had reduced. She returned to hospital, where they treated the spread of the infection and told her that her the infection hadn’t yet spread to her bone.

Sadly, the ulcer continued to grow, leaving Pamela in agony. She had yet another MRI scan, and this one revealed that the infection had spread to her right hip. She discovered that the femoral head of her hip joint had collapsed due to the infection.

Pamela’s condition deteriorated as further bone damaged occurred. She became bed bound, heavily depending upon her husband. She felt very low in mood due to her complete loss of independence.

Her mobility was restricted, meaning that her husband had to push her in a wheelchair if ever she needed to move from one place to another. Psychologically, this massively impacted the couple. Pamela’s husband hated to see her in so much pain and wished he could do more to help her.

She began to suffer from pressure sores and various bouts of illness that resulted in multiple readmissions to hospital. Any movement of her hip left her in excruciating pain, and she felt constantly uncomfortable.

Devastatingly, she received advice that the only surgical treatment for her pain was amputation.

Two years after her initial haematoma, Pamela had no choice but to have the amputation surgery. This involved the disarticulation of her right hip, as well as muscle flap reconstruction.

Much to Pamela’s frustration, she continued to suffer from further infection post-surgery. She had to have surgical washouts, ultrasound guided drainage and frequent admissions to hospital. She now also suffers with phantom limb pain.

Pamela and her husband live in a multistorey property which made it even more difficult for her to have any kind of mobility. Although her husband takes good care of her, the couple felt worried that as they get older he will no longer be capable of providing the level of care that she requires.

Pamela approached Pryers because she felt anxious about the future and wanted to ensure she could live more comfortably.

Robyn Hawxby, a Partner at Pryers, handled Pamela’s case. She liaised with the defendant hospital, sending letters that alleged their negligence and instructed medical experts for advice.

Robyn argued that the defendant had breached their duty of care to Pamela in their failures to record the history of her previous sarcoma, examine the graft donor site and acknowledge the visible damage and scarring of that area of skin.

However, the defendant initially denied liability; although, they later made an offer to settle the case for £500,000. Robyn did not feel that this adequately reflect the losses Pamela had suffered and the impact that the negligence would have on the rest of her life, and so rejected this offer.

Robyn said: “The defendant made this case challenging as they denied liability throughout. The level of injury severely impeded Pamela’s mobility and independence, drastically altering her lifestyle and impacting her mental health. After extensive negotiation, I felt pleased that the defendant eventually admitted liability and we could achieve a settlement that Pamela felt happy to accept.”

A successful settlement for our client

Consequently, Robyn’s hard work and perseverance throughout this case achieved a settlement of £1,450,000 for Pamela.

Pamela said: “I cannot thank Pryers enough for all their help. Robyn supported me throughout the entire case and ensured I understood and felt informed. The compensation she achieved for me will help us to move to a single-storey home where hopefully I can live more comfortably, and now we can afford the help of carers, too.”

If you have suffered a skin graft infection or any other form of hospital or surgery negligence we could help you claim compensation and live more comfortably.

Contact us to make an enquiry, and our team will see if we could help you make a claim on a no win, no fee basis.

Woman Turned Down By Two Other Law Firms Receives £80,000 Compensation 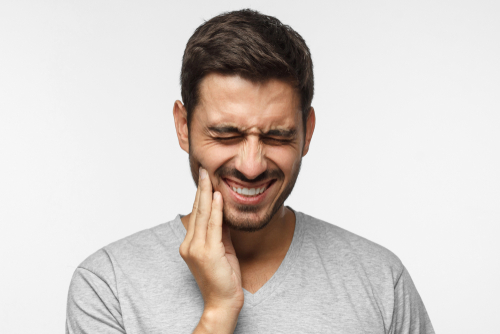