Misdiagnosis Because of Negligent A&E Treatment 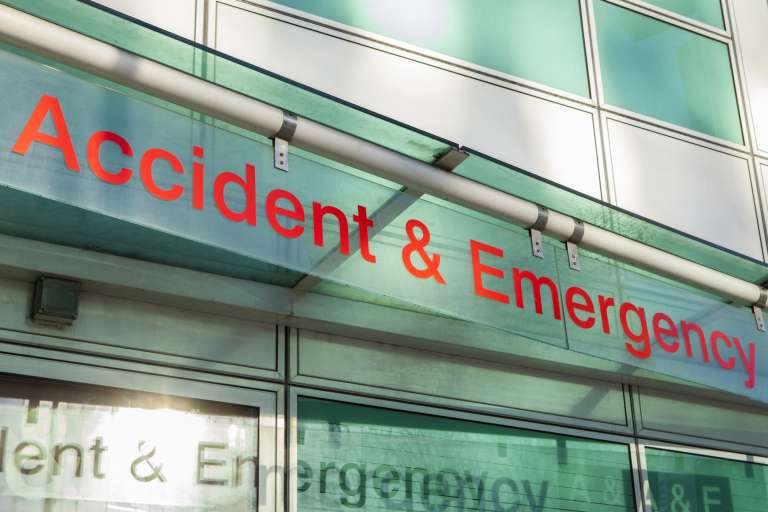 We helped our client, Chris, claim compensation following a misdiagnosis, due to negligent A&E treatment.

Chris was the victim of a stabbing, at a cashpoint in 2012. He was taken to A&E shortly after, at his local hospital.

At A&E a doctor diagnosed his abdominal wound was being superficial. His wound was therefore stitched up, and he was discharged.

In the early hours of the next morning, Chris had to return to hospital. He had been vomiting and was in severe pain.

A CT scan showed a large collection of fluid in his abdomen.

A small keyhole surgery was performed, to repair the injury, but this had to be converted to a laparotomy. A laparotomy is a more invasive type of surgery which can lead to more complications and a longer recovery period.

Surgeons found that Chris’ small bowel had been punctured three times. This was causing blood, and the contents of his bowel, to fill the peritoneal cavity; a space between the membrane that surrounds the abdominal wall and the internal organs. 15cm of Chris’ bowel was removed and his abdominal cavity was washed out.

Unfortunately, Chris later developed an incisional hernia, which can occur as a result of surgery. He therefore underwent a surgical mesh repair and a washout.

The wound then became infected and Chris required antibiotics.

He also had a distended abdomen. This happens when substances (such as air or fluid), accumulate in the abdomen and cause it to expand. A a CT scan revealed a leak from a fistula (an abnormal connection between two hollow spaces in the body that can occur as a result of surgery). This meant Chris had to undergo another major surgery to remove the mesh and apply a wound drainage bag.

Chris had to undergo a period of total parenteral nutrition (TPN) (a method of feeding that bypasses the gastrointestinal tract). He was eventually discharged seven months after the initial attack.

The Initial A&E Treatment was Negligent

Independent experts, instructed by Pryers, said that the later surgery was only needed because of negligent care initially, at A&E.

They said that, when Chris was first attended A&E, a CT scan should have been done, and a surgical referral made. This would have led to a keyhole repair being performed, several hours earlier. At this time there would not have been the significant intra-abdominal contamination. And on the balance of probabilities, it’s this contamination which caused problems with the wound, the development of the incisional hernia and subsequent complications.

The hospital admitted a breach of duty, acknowledging that small lacerations should be assumed to be deep until proven otherwise. Chris was able to accept an offer of £45,000 to settle the claim.