The University Hospitals Plymouth Trust appeared in court, yesterday, accused of failing to be open and honest. It is the first time a hospital trust has appeared in court in a duty of candour prosecution.

What is the Duty of Candour?

The Health and Social Care Act 2008 makes it a legal duty to be open and honest with patients, or their families, when something goes wrong that has, or could, lead to significant harm. This is, in essence, the duty of candour.

It is one of many measures that was put in place following the Mid Staffordshire Hospital scandal, in 2014. This scandal revealed hundreds of patients who had suffered abuse and/or neglect.

The First Duty of Candour Prosecution

The University Hospitals Plymouth Trust are the first trust to appear at court for breaching the duty of candour.

The Care and Quality Commission (CQC) are responsible for bringing the prosecution. They accuse the trust of failing to communicate in an open and transparent way.

Although the CQC have previously issued fines and warnings for breaches, this is the first duty of candour prosecution.

The CQC’s allegation follows an incident in December 2017, at Derriford Hospital.

91 year old, Elise Woodfield, died after suffering a perforated oesophagus during an endoscopy procedure. The procedure was abandoned due to the injury, but she subsequently died after collapsing on the Marlborough Ward, where she had been transferred to be observed.

The CQC accused the trust of failing to tell Elise’s family that her death might have been caused by a mistake during the endoscopy. They also failed to apologise to the family within a reasonable amount of time.

Elise’s daughter said that when an apology did arrive, the letter lacked “remorse”.

The Trust were quick to plead guilty of breaching the duty of candour, at the prosecution, on Wednesday.

The judge commended the trust for entering a guilty plea at the earliest opportunity. However, she also said that the penalty guidelines were insufficient, in the circumstances; she therefore ordered the trust pay all the legal costs of £10,845, as well as the £1,600 fine and a £120 victim surcharge.

What Does the Prosecution Mean?

It must be disconcerting for local residents to see their local NHS trust hauled before the court. However, it should be reassuring to see that NHS trusts are not above the law. It’s a sign that the measures in place to protect patients will be used, where possible.

Although most medical treatment goes by without a problem, as medical negligence solicitors, we are all too aware that mistakes do occasionally happen. Even though court cases and investigations can be expensive and time consuming, they are crucial; they ensure accountability and help to avoid the same mistakes from being made again, in the future.

If there is a concern, it has to be that the law doesn’t go far enough and is not used enough. The fact that the judge did not feel that the penalty guidelines were sufficient, would suggest that this is an extreme case. But this is the first case of it’s kind, so where are all of the more frequently occurring, less severe cases? It’s hard to believe that there haven’t been more cases; which, if true, must mean they have not been pursued. This would in turn suggest that the penalty is not fit for purpose. 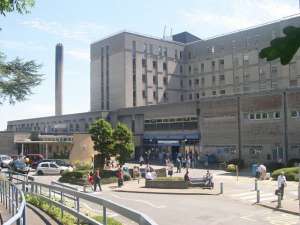 A photograph of Derriford Hospital, which is the hospital at the centre of the first duty of candour prosecution. Credit: Photograph by Tony Atkin via Wikimedia Commons under a Creative Commons Attribution Share-alike license 2.0. The photograph is from the Geograph Project.