Gavin approached Pryers on behalf of his wife Hannah, to claim compensation for her delayed rectal cancer diagnosis.

Tragically, Hannah passed away shortly after the couple contacted us.

A history of rectal cancer

Hannah first underwent treatment for rectal cancer in 2007. After a successful excision of the cancer, she felt relieved to have won her battle against the disease. Overjoyed that her cancer had gone, Hannah and Gavin allowed themselves to look to the future; determined to get the best out of life.

Hannah loved her job as a teacher. After her battle with cancer, she completed a Postgraduate Certificate in Education, to fulfil her ambition of becoming a primary school teacher.

But four years later, she had to confront the worst of her fears – the return of cancer – when she began experiencing rectal bleeding. Panicked, she sought medical attention as soon as she could.

The hospital confirmed that Hannah had a rectal polyp from her description of the symptoms. However, failing to consider her history of cancer, they didn’t arrange a colonoscopy or rectal examination.

As Hannah’s symptoms persisted over the following year, she grew more concerned and decided to return to the hospital. However, the hospital would not perform a colonoscopy, despite her continued rectal bleeding, because of the increased risks, due to her being on blood thinning medication.

By 2015, Hannah’s symptoms had worsened beyond anything she had experienced before. So she returned to the hospital again, feeling uncertain, unsettled and in desperate need of help. Gavin and their daughter, Nancy, had also grown increasingly worried for Hannah’s health.

An examination confirmed Hannah’s worst fears, as she received a diagnosis of cancer, again. Hannah and Gavin wondered if a diagnosis should have been made sooner.

Shortly after receiving this devastating news, Hannah and Gavin started to wonder why it had taken so long to receive this diagnosis. The frustration they’d felt when Hannah’s symptoms had occurred over the years then turned to anger and upset.

Sadly, Hannah’s health had started to decline. She knew that she would start to feel increasingly unwell and she decided that she had no option but to stop working. This upset her; she loved teaching and had worked so hard to achieve her teaching qualification. She had looked forward to progressing her career, but this now seemed impossible.

Gavin shared Hannah’s devastation. He wanted to remain strong for her and do all that he could to support her. But it felt like the family’s world had crumbled and he felt scared to lose her.

A couple of months after receiving her delayed diagnosis, doctors informed Hannah that her cancer had spread (metastasised) to her lungs and her brain. She grew to feel even more disheartened as the cancer had caused her to feel so ill and tired.

Shortly after this diagnosis, she started chemotherapy.

It upset Gavin and Nancy to see Hannah becoming more ill and losing her independence, as they supported her throughout her treatments.

After the hospital discharged Hannah from her first round of chemotherapy, she should have received a repeat prescription for anticoagulants, to thin her blood and prevent clotting.

However she was not, and catastrophically, three days after she was discharged, Hannah suffered a huge stroke. Gavin couldn’t believe how drastically their lives had altered, all because of the delayed diagnosis.

Life after her stroke

Left significantly disabled after her stroke, Hannah became heavily dependent on Gavin and Nancy. Devastatingly, she passed away three years after her diagnosis.

Although her suffering had ended, this was the outcome that Gavin and Nancy had always dreaded. They were distraught and struggled to come to terms with the loss of their wife and mum; life as they knew it had ended.

After spending each day for the past two years caring for Hannah, Gavin struggled to cope without her company and didn’t know what to do to occupy his time and take his mind off of his loss.

A couple of years later, Nancy had a baby – Gavin and Hannah’s first grandchild. Although the new arrival brought Gavin and Nancy much joy, they wished that Hannah could have shared this happy time with them.

Gavin felt sad that his grandchild would never meet Hannah; he knew she would have been a brilliant grandmother. Even two years after her passing, he felt heartbroken and struggled to deal with the fact that she’d died. Her clothes, makeup and other possessions remained unmoved in their home.

Gavin and Hannah approached us together before she passed away. They wished to seek compensation for her delayed rectal cancer diagnosis.

Tamlin Bolton, a Senior Solicitor at Pryers, handled the case. She could see how devastating the delayed diagnosis had been to the family, so was keen to help them. Sadly, Hannah passed away before a settlement could be reached. However, Tamlin persevered and ensured that Gavin felt supported and well-informed through such a difficult time.

Tamlin obtained expert evidence that a rectal examination and colonoscopy should have been performed when Hannah’s symptoms first returned, in 2011. Had the doctors carried these tests out, they’d have identified and consequently removed an adenoma (pre-cancerous growth). Alternatively, a colonoscopy could have been performed in 2012, when they decided not to because of Hannah’s blood thinning medication; had they done so, a T1 rectal tumour would have been identified and removed. In either case, Hannah would have had a significantly better outcome.

Tamlin also obtained evidence from a medical expert that confirmed the hospital was negligent for failing to prescribe anticoagulant medication after chemotherapy, and that this caused Hannah’s stroke.

Although the hospital admitted a delay in diagnosing Hannah’s cancer, they didn’t formally accept responsibility for causing her stroke. Nevertheless, they did eventually work towards settling her claim.

Tamlin succeeded in achieving a settlement in excess of £600,000 for Gavin and his family.

She said: “This was a horrific and truly touching case. I wanted to ensure that the value of this settlement fairly represented the tragic circumstances Gavin found himself in. Although no amount of money can bring Hannah back, we did everything we could to account for each financial loss he may incur in the future. Sadly, that is all the law can offer. We recovered damages to account for gifts Hannah would have bought on grandchild’s birthdays, as well as childcare for her grandchild and even paying for her daughter’s wedding dress.”

Shortly after the settlement Gavin also received an apology from the hospital.

Despite still feeling heartbroken over the tragic loss of his wife, Gavin felt pleased that Pryers had showed him such sympathy and compassion. He felt extremely grateful that Tamlin had supported him in claiming compensation that would help his family in the future.

If you have suffered from a delayed cancer diagnosis, we could help you or your loved ones to claim compensation.

Compensation Award For Failure To Diagnose A Detached Retina 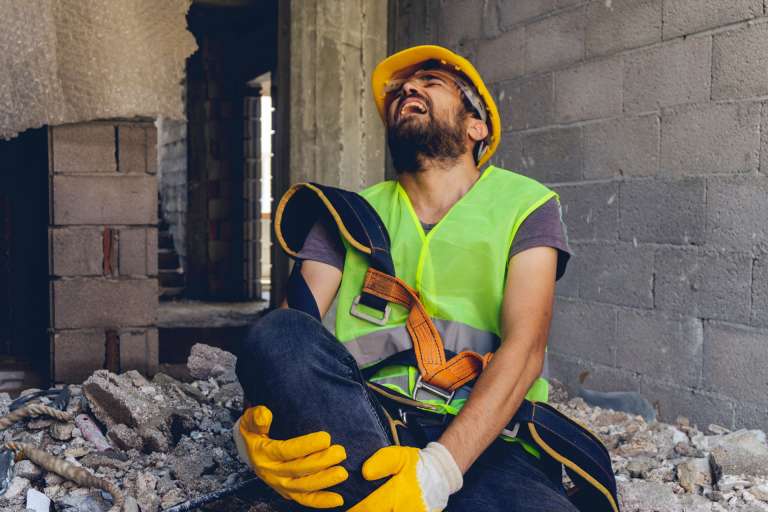