Emma approached Pryers after her strangulated bowel was misdiagnosed.

Emma worked as a travelling care assistant. She went to work with an upset stomach, but over the day her pain worsened, and she began to struggle. It felt as if something had been pulled in her abdomen whenever she stood up or stretched. By the end of her shift, Emma’s pain was so strong that she decided to schedule an emergency GP appointment.

Her GP was concerned that Emma may have developed appendicitis. Although the pain was in the wrong place, Emma’s doctor told her that this could be “transferred pain”. The doctor was so concerned that the receptionist drove Emma to the hospital immediately; there was no time to wait for an ambulance. The doctor called ahead to let the hospital know she was on the way.

Emma was taken to the day-unit, where she was checked over. By this time, Emma was in agony. She could not lay flat or go to the toilet. She told the doctors that she had not opened her bowels for several days, but was not given any medication or advice to treat this.

An on-call doctor (who was not a specialist) then saw her. They felt her stomach and said that it could be appendicitis, but it would be best to wait and see what happened. Emma was prescribed strong painkillers to help deal with the pain, but despite brilliant care from the nurses she still struggled to stand and felt very sick.

Emma met her doctor for the first time the next morning but felt that they were not listening to her. She was told that her history of anxiety and depression exaggerated her symptoms. Emma was not given anything to help manage these symptoms and was left in agony for a further 2 days. She was still unable to sleep or open her bowels.

After two days in the hospital, the doctor told Emma he was planning on discharging her. But Emma begged him to do something. Eventually he agreed he would discuss the situation with his team. When he came back, the doctor told Emma that they would do a laparoscopy (a keyhole surgery) to help  diagnose her condition, that afternoon.

Emma told the doctor that she had undergone multiple operations in the past relating to endometriosis. However, as these were performed privately, they were not on her file. Emma felt like the doctor was rude and did not believe her – despite the surgical scarring that was visible on her body.

After the operation, Emma was still in agony. When the doctor came to see her, he said that there was nothing wrong with her appendix; there was a mass between her rectum and bowel that he believed to be endometriosis. He said that he had not called a gynaecologist into the theatre for a second opinion as he was certain of his diagnosis and felt there was “no need”.

As a result, Emma was referred to the gynaecology department. The visiting doctor looked at the photos that had been taken during the laparoscopy and told her that they were unable to comment by looking at the images alone. They also questioned why no gynaelogical opinion had been sought by her surgeon whilst she was still in the theatre.

Emma continued to suffer from agonising pain, and felt the painkillers were no longer working. She was finally given medication to assist in shifting her bowels. She was visited by the pain clinic, who were very thorough in their assessment, but said there was nothing more they could give her. Emma begged the hospital to let her stay as she was in so much pain and had no one to care for her at home, but she was discharged the next day.

She immediately arranged another GP appointment and asked to be referred to a different hospital.

Unfortunately, Emma’s pain was so unbearable that she collapsed at home a few days later. Her GP rang the hospital to question why she had been discharged and prescribed her a strong painkiller that is usually given to cancer patients.

Emma was also readmitted to the same hospital as one of the incisions from her surgery had swelled and reopened. The doctors checked the wound was not infected, redressed it, and sent Emma home again.

Once she was able to see a gynaelogical expert at a new hospital, they informed Emma that they had looked at the pictures and did not believe it was endometriosis. The mass was black, whereas endometriosis usually appears red, or white. They immediately started Emma on Hormone Replacement Therapy (HRT) in the event that she may need a hysterectomy. However, she was told that in this case they would take her womb, but not her ovaries. Emma was still in a lot of pain, so was happy to go ahead.

When she awoke from the second surgery, Emma was in a lot of discomfort and very distressed. The operation has taken much longer than planned and Emma had been in the theatre for six hours.

Emma told Pryers she was “out of [her] mind with worry” at the time.

Eventually the doctor came and told Emma everything was ok, but she was very lucky not to have needed a colostomy (an external pouch to collect stools rather than passing fully through the digestive system). He confirmed that there was no endometriosis, but they found that the bowel was not where it should have been; it was near her rib cage, was strangulated, and had adhesions . The gynaecological surgeon called in a bowel surgeon, and they were able to remove the lining on both sides and used surgical mesh to strengthen it.

“I Reached Out to Pryers” 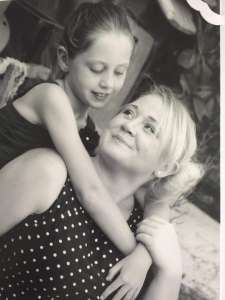 “She advised me to make a claim against them, which is why I reached out to Pryers.”

After the operation, Emma was no longer in agonising pain. However, she was told she could not do anything for 12 weeks whilst she recovered. Emma lost two stone in weight and it was over a year before she no longer needed painkillers.

In addition, Emma had to rely on friends and family for support whilst she recovered. She had a daughter, five at the time, who worried a lot about her mother and due to the complications with Emma’s health had to live with her grandmother for a year.

The NHS were not prepared to accept responsibility when Emma’s strangulated bowel was misdiagnosed. They didn’t feel that her pain and recovery was exacerbated by the care she received. However Pryers was able to instruct medical experts who demonstrated that Emma did not receive a reasonable standard of care. The medical expert was especially surprised that a gynaecologist was never consulted and drafted a report in support of Emma’s case.

Pryers then made a claim for Emma’s financial losses. This included compensation for the care and assistance she required, as well as travel costs and a loss of earnings. The Defendants made an initial offer of £10,000, but Pryers was able to negotiate this to £14,000, which Emma was happy to accept.

If you’ve suffered in a similar way to Emma; whether a strangulated bowel was misdiagnosed, or another condition, get in touch with our experts to see how you can claim compensation on a no win no fee basis.

A recent report published by the Healthcare Safety Investigation Branch (HSIB) says that NHS England should reclassify seven out of their 15 never events. […]

The government is being urged to act by a health watchdog, who continue to hear negative experiences from patients, months after they published a […]

Pryers is all about the people, we have an experienced team working together to deliver excellent service to our clients. We caught up with […]

Would you know what to do it you were hit by an uninsured driver?

Well worry not, because we’ve got you covered.

Tuesday can only mean one thing... It's time for another virtual meet up at Pryers' Tuesday Brewsday.