Why Cycling is Good for You 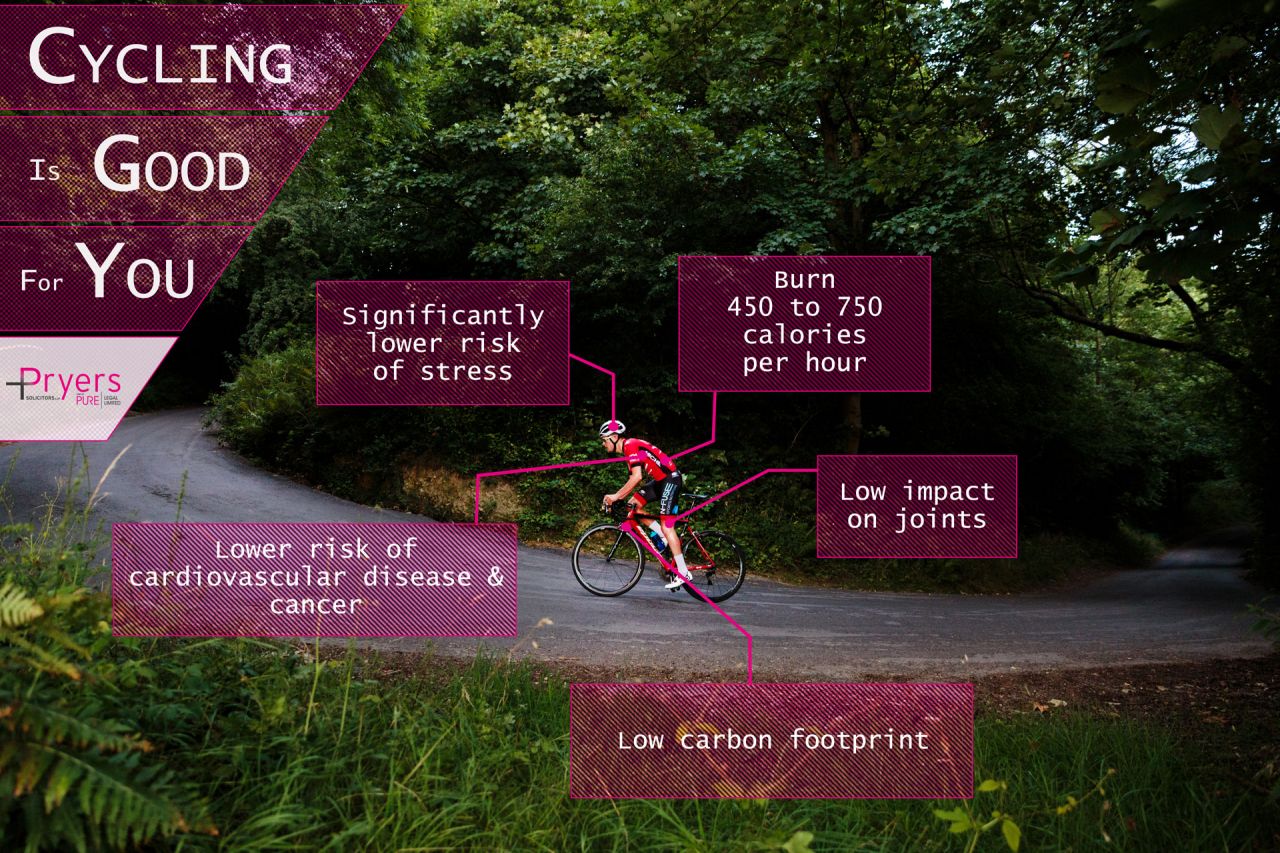 A study of The relationship between bicycle commuting and perceived stress, published in the British Medical Journal, in June 2017, found that people who commute by bicycle have a “significantly lower risk” of experiencing stress, compared to those who commute by other modes of transport.

The amount of calories a person burns when engaged in a particular activity is a very individual. It depends on a number factors unique to them, including their age, sex, weight, height, level of intensity, level of fitness and familiarity with the type of activity. So when talking generically about calories burned, it should be in broad ranges – and even these should be consumed with a pinch of salt. That said, according to Calories Burned HQ the average person will burn between 450 and 750 calories per hour whilst cycling!

Lower the Risk of  Cardiovascular Disease, Cancer and All Cause Mortality

A study of the Association between active commuting and incident cardiovascular disease, cancer, and mortality published in the British Medical Journal in April 2017 found that commuting by bike was associated with a lower risk of Cardiovascular Disease (CVD), cancer and all cause mortality.

Although sports related injuries aren’t entirely absent from cycling, it does boast less impact compared to many sports/activities. This makes cycling a great option for people with a range of lower body injuries or conditions. The most common cycling injuries, aside from the obvious road traffic accidents, are thought to be overuse injures; hardly surprising given that a cyclist pedalling at a moderate cadence would rack up approximately 5000 revolutions per hour!

The European Cycling Federation calculated that cycling produces 21g of CO2 per kilometre. To give some perspective, that’s ten times less than using a car!