Mental Health Network For New And Expectant Mothers to be Expanded

Five years ago, two fifths of the country had no access to specialist community perinatal mental health treatment. Now, there are services in every one of the 44 local NHS areas, with plans to develop them further.

The expansion comes alongside the opening of four new mother and baby units, which mean that the most seriously ill women can receive residential care without being separated from their babies in every region.

As part of the new plans, partners of pregnant women and new mothers who are themselves suffering from anxiety, depression or more severe disorders such as psychosis will be automatically offered a comprehensive mental health assessment and sign-posted to professional support if needed.

Studies by mental health charities have found that one in five women will experience a mental health problem during pregnancy or in the year after giving birth.

In April 2018, NICE also updated its guidelines on antenatal and postnatal mental health and clinical management, including advice on how doctors can recognise potential mental health illnesses in new and expectant mothers. 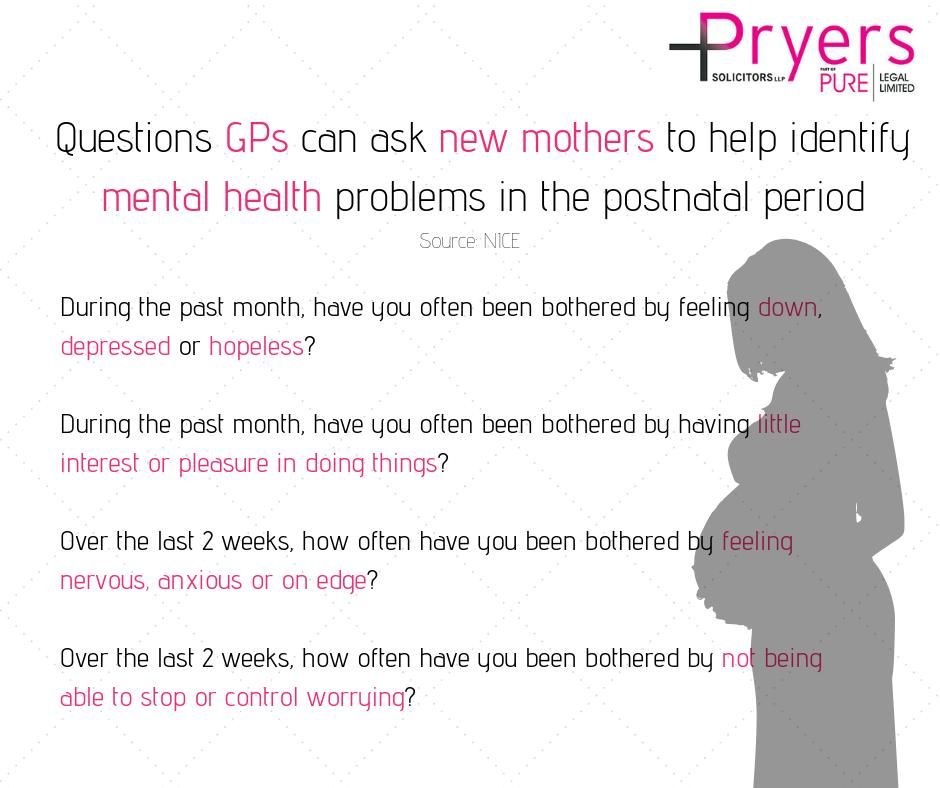 2020 marks Pryers’ sixth year sponsoring the York Community Pride Awards. And it has definitely been the most unusual year, yet. We have sponsored […]

An inquest last month found that neglect by staff at Nottingham University Hospitals contributed to the death of a baby. Wynter Andrews was born […]

It's important to stay safe when driving. Make sure you drive at a speed which enable you to react accordingly.

This month is #BreastCancerAwarenessMonth

Early diagnosis is vital for recovery, but do you know what to look out for? If you’re unsure, check out our guide to remind yourself of those key changes that you should be aware of. If in doubt speak to your GP