Delays in NHS treatment, and cancelled appointments, are resulting in up to 264 people a year – or 22 people a month – losing their eyesight, research by the British Ophthalmological Surveillance Unit has suggested.

The study showed that over half of people with a treatable condition, such as Age-related Macular Degeneration (AMD), or glaucoma, have had appointments cancelled.

Research also revealed that cancellations and delays cause 77% of patients stress, or anxiety, and that 54% believe the cancellations have had a negative effect on their quality of life.

Patients also complained of long waiting times, difficulty making appointments, poor communications from clinics and a lack of continuity in their care.

The report by the all-party parliamentary group on Eye Health and Visual Impairment found that some patients waited more than a year for critical checks, and that in some areas, the waiting times for cataract surgery reached six months. Additionally, in four out of five cases, those affected had chronic conditions requiring long-term follow up, meaning they are not covered by NHS waiting time targets.

Glaucoma affects 3.3% of people over 70 in the UK. Due to a lack of symptoms, regular eye appointments are important for early diagnosis.

The number of people in the UK suffering from sight loss is projected to rise by more than 40% by 2030. 10% more eye-related appointments took place in 2016 and 2017 compared to 4 years ago.

Lord David Blunkett said: “Urgent action is needed to ensure eye care services meet the needs of patients now and in the future. World class treatments are now available for conditions like wet AMD. It is vital that patients have access to them at the right time to save their sight.”

Last year, inspectors from the Care Quality Commission (CQC) recommended that the Royal Cornwall Hospitals be placed in special measures after they found services were failing across departments, including delays in 6,503 ophthalmology appointments, that caused harm to at least four patients who “suffered partial loss of vision or complete blindness” as a result.

Last year, guidelines from the National Institute for Health and Care Excellence (NICE) said that patients suffering from age-related macular degeneration (AMD) needed quicker diagnosis and treatment to avoid vision loss. The guidelines said that treatment for those suffering from AMD should begin within a fortnight of diagnosis. 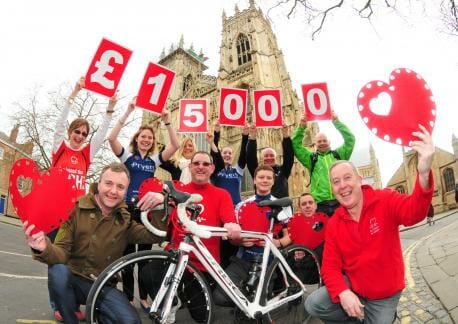